Stealing the heart of the nation the moment he first stepped on to The Voice stage in 2018, René Le Feuvre is the quintessential Australian singer- songwriter, building an organic following across the country with years of live performances featuring his signature silky vocals, expert guitar skills and unmatched energy.

Crafting his folk-meets rock sound by busking on the streets of North Queensland and taking out local singing competition titles, René migrated to the Gold Coast aged 17 to pursue a career in Australian Rules Football. After playing in the reserve grade for The Suns, he decided that his true passion was music, and set about playing at every music venue, bar and market, where he could hone his acoustic sound.

With an authentically developed style built on musicianship that is often compared to British songwriters Ed Sheeran and Mark Rosenburg (Passenger), René decided to audition for The Voice Australia 2018. Captivating the judges with his heartfelt acoustic rendition of Lauv’s hit, ‘I Like Me Better’, René earned himself a coveted spot on Boy George’s team, eventually making it through to the knockout rounds.

In early 2019, René broadened his horizons to the songwriting capital of the world in Nashville, where he spent four weeks co-writing, recording and performing with the industries best and finest. This included a collaboration with global hitmaker, Katie Cole (Smashing Pumpkins); mentoring by acclaimed producers Jason Wyatt (Jewel, Atz Kilcher) and Dr Ford (Jade Gibson, Michael D. Keeney); and performances at iconic Tennessee venues including the Bluebird Cafe. Before returning home, René also took out a top-3 spot in Nashville’s Rising Song competition with his song Whispers & Whistles, voted by a panel of ASCAP nominated music professionals.

2020 was set to see René embark on his most ambitious outing yet, securing two showcases for the 2020 inaugural SXSW festival in Austin, Texas. Equally as impressive was the press run slated for this US tour featuring four morning show appearances, TV interviews and live performances on CBS and NBC affiliates as well as terrestrial radio. This career defining opportunity lost due to the current COVID-19 pandemic, led René to return to his Northern Queensland home and create his most honest and fully realised material yet. This period of musical reflection in unprecedented times are set to be immortalised in is upcoming debut EP ‘Watch Me Fall’ set to release on the 26th of September – supported by a SOLD OUT headline show at Gold Coast’s iconic Miami Marketta. 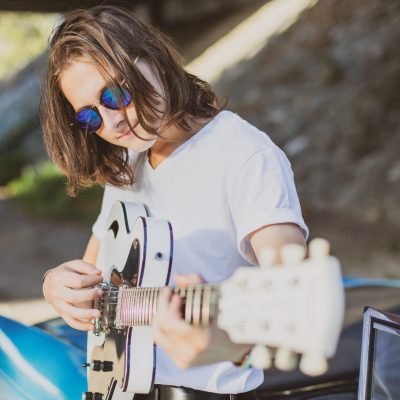 2018 Queensland Music Awards finalist, singer-songwriter Harry J Hart is developing a growing popularity with his ability to captivate an audience with his unique vocals and exceptional guitar skills.

In 2018 and 2019 Harry travelled to America where he attended Berklee College of Music’s Guitar School in Boston. He has worked in Australia and Nashville with his mentor, Rick Price.

The 2018 Best Overall Guitarist for Bluesfest Busking Competitions, and 2017 Byron Bay Guitar Festival grommets competition winner, Harry played his second Bluesfest at the age of 17. Harry has been gigging almost full-time since the age of 14 when he was named alongside Amy Shark and Emily Warramurra as a Gold Coast Musician to Watch by Samantha Morris of the Gold Coast Music Awards.

Since then he has hit #1 on the Triple J Unearthed charts with a school assignment demo of his debut single, It Calls Out, which reached #1 in the Netherlands.

Keen to develop his craft, Harry headed to LA to train under Tom Morello (Rage Against the Machine), Nuno Bettencourt (Extree) Bibi McGill (Beyoncé & Pink) and other guitar royalty. He has also had private lessons with internet guitar sensation and Berklee guitar lecturer, Tomo Fujita as he believes to be the best you need to learn from the best.

Harry understands the importance of not over-playing within a song and believes too often people shred just because they can. This skill was acknoledged by Nuno Bettencourt of US rock band, Extreme, when he commented on Harry’s song, It Calls Out, “Beautiful changes in the verses, And you played a solo for the song. That’s important”.

A graduate of the specialist Music Industry College with a Certificate 3 in Music Industry (Performance) under his belt, Harry was accepted into the Guitar major in the Bachelor of Contemporary Music at Southern Cross University.

Harry is a proud ambassador for the Gold Coast’s own Fenech Guitars and has supported Adam Brand, Rick Price, Daniel Champagne, Casey Barnes and the Hanlon Brothers.

Harry is excited to be teaching guitar, bass guitar and ukulele as part of the VAPA family. 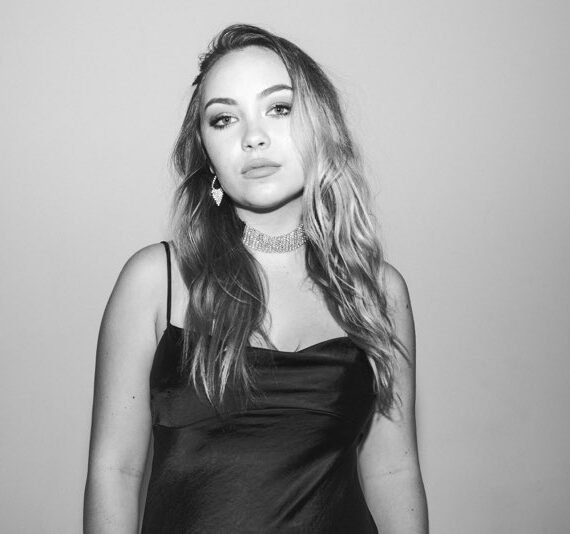 At just 18 years old, India Dupriez is riding a steep trajectory to become a major name in pop music.

India’s unique voice allows her to blend and transcend genres, establishing a style that’s uniquely her own. Generally a pop artist, India has the versatility to create a sound that’s sometimes melodic and catchy and other times cool and vibey.

With a grounding in open mic, busking and community performance around the Gold Coast, India became a regular fixture in Australia’s music scene.

Courted by her current representation, Symba Music Group, India travelled to California for the first time to write and record original music with big name producers like, Chizzy Stephens, who has produced records for names likes Justin Bieber, and producer, Kyle Moorman who recently produced “Walk Me Home” by the legendary artist, P!nk.

Between school and trips to the US, including further songwriting and recording in Los Angeles and Nashville, India continued to develop her live repertoire around her local Gold Coast. This enchanting songbird commenced her journey at 12 years old and in that time has competed in eisteddfods – winning first and second places and countless accolades (and now a strong following). With her voice she hopes she can inspire other young artists to believe in themselves, be courageous, and never give up on their dreams. 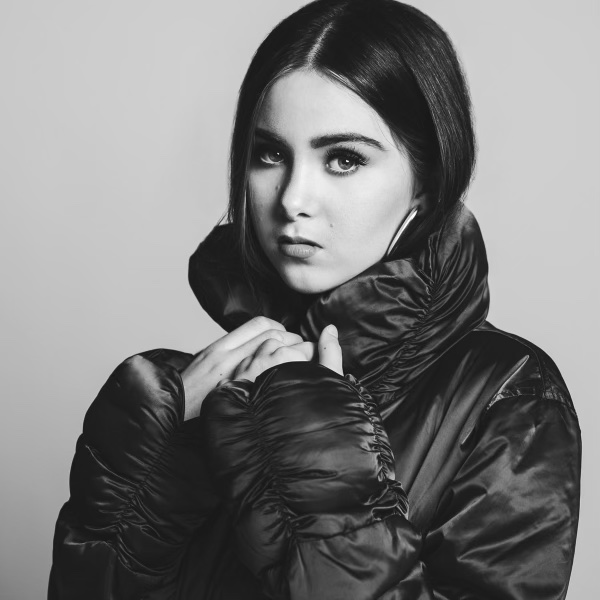 The track debuted at #1 on the triple j Unearthed chart staying there for two consecutive weeks and was a top 10 hit on Australian Country Radio. She also was on ‘The Voice’ on Team Delta and is the youngest contestant ever on any version worldwide.

At 13, Emmagen released her new single “Karaoke Song” accompanied with a fun and vibey music video. Co-written by Emmagen the track was recorded in Sydney in September this year, According to Emmagen “I wrote this song about shakin’ off bad vibes by having fun and doing whatever makes you happy. It’s also about not taking ourselves or life too seriously”.

Moving forward Emmagen Rain is excited about making more music and hopefully soon touring and collaborating with other artists. “I make music because the creative process makes me happy and it’s my way of connecting with the world”. 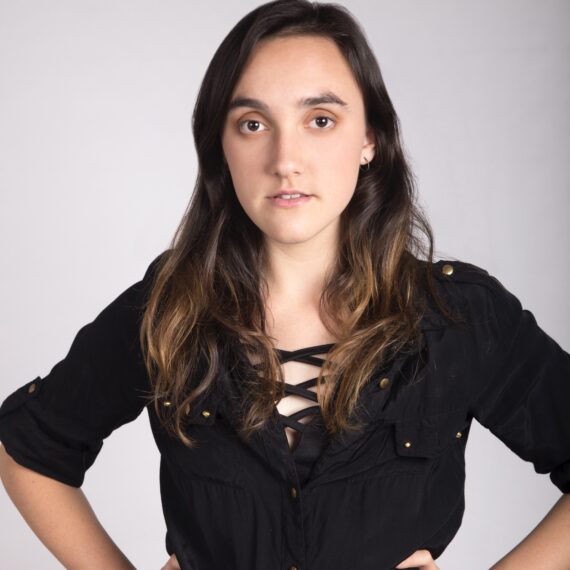 Amy Elise is a 15 year old Gold Coast singer/songwriter with four released tracks already under her belt. Her latest track Teenagism is a pop punk teenage anthem full of the angst of being young. “Being young is hard, all you adults just don’t get it”.

With an evolving style, best described as grungy pop, Amy has been taking to the stage all over the Gold Coast and South East Qld spreading her messages of teenage emotion, with a songwriting talent beyond her years.

Amy has been musical as long as she can remember, singing along with Missy Higgins, Kasey Chambers and Norah Jones as a young child.  A supportive inner circle meant that she was encouraged to develop her skill and share her music as soon as she could.  She was lucky enough to have the opportunity to write and record in Nashville in early 2019, and she has built her performance confidence for many years through busking, open mics, community events (Youth Week, Homelessness Week, Gold Coast Show, Community Christmas Carols), and local competitions – seeking out any possible opportunity to get a gig where she can sing her original songs.

Amy spends a lot of time in the recording studio on the Gold Coast with Creative Producer, Benny D. Williams and has several single releases and an EP release planned for 2020. 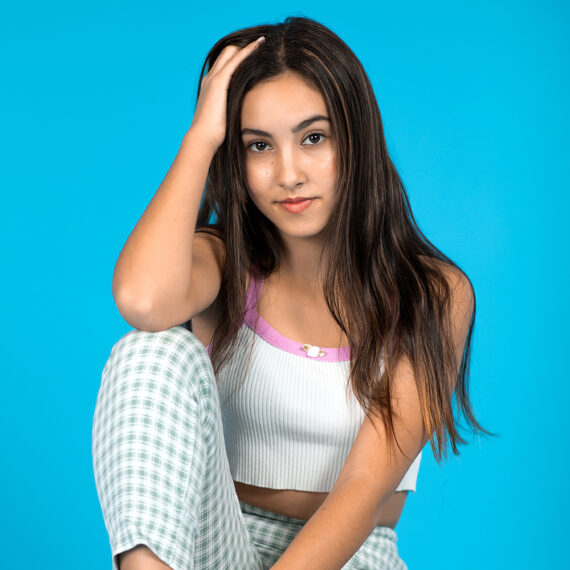 Singer-songwriter Shaylee Gear has attained more in a short yet explosive career than what most musicians achieve in decades. Shaylee’s voice is mature beyond her years.

Her powerful pop tones, tempered by a rich and soulful RnB husk, is the rare sound which has catapulted her into the spotlight. From busking and community events to arena-sized crowds and international performing experiences, there’s not a stage that Shaylee can’t own.

Shaylee recently participated in songwriting workshops with some of the best in the business at Blackbird Studios in Nashville, Tennessee. While in America, she recorded two original tracks ‘Forever and Always’ and ‘Walk Away’.

Her latest single ‘Give Me a Chance’, which was written and produced on home soil at Bignote Productions, shows the evolution of her songwriting chops. At first listen, a rhythmic club anthem that demands a dancefloor. On repeat, a honeyed melody that is as memorable as the greats. It’s the metamorphosis track where Shaylee comes into her own and earns her place within the world’s favourite genre.

If the future of pop is spangled with only the most soulful, authentic, and talented stars, Shaylee will shine with the brightest.

Chloe May is a Gold Coast artist whose thoughtful, unique originals you’ll hear amongst her favourite covers.

Chloe enjoys busking in addition to playing a variety of venues around the Coast. Inspired by artists including Sara Bareilles and Taylor Swift, releasing original music is Chloe’s next major goal.